A one-helicopter operation when it opened in 1996, Asian Aerospace now charters 16 jets and helicopters nationwide. The company takes pride in its steady growth over the past two decades, as they developed their expertise in business aviation.

It is now involved in aircraft distributorships, aircraft charters and leasing, aircraft maintenance, fixed base operations, and logistics support.

“Asian Aerospace’s brand for its Aircraft Charters and Leasing services is AirTaxi.ph. It’s easier to remember, and it speaks for itself as we cruise through the technological era,” says Paj Rodriguez, the company’s executive vice president. 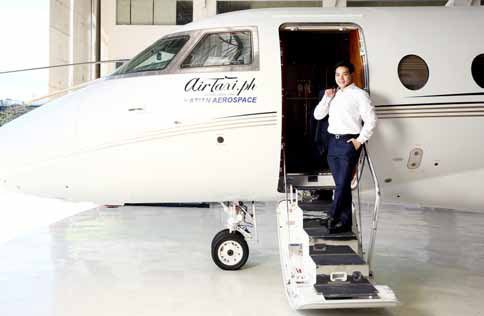 AirTaxi.ph offers a membership program called Emerald Class, which provides subscribers priority service and discounts whenever they fly. Members can fly all they want as the fully consumable monthly dues cover over 33 inter-Manila or inter-Cebu flights per year. Aside from gaining one percent per annum on their payments, members can also opt to share flights with one another to split the bill.

Asian Aerospace also offers a Timeshare Program for those who want unlimited access to the company’s growing fleet of aircraft. Instead of purchasing a single aircraft and maintaining it, those interested can try this investment opportunity and avoid feeling buyer’s remorse in the end. Subscribers to this program will have preferred rates that are comparable to the factory listed direct operating cost.

As the Philippine partner of Universal Weather and Aviation Inc., the leading business jet trip handler worldwide, Asian Aerospace has made flying abroad easier and more convenient for frequent flyers.

“All international flight permits, customs, immigration, and quarantine will pass through AirTaxi.ph Emerald Class service, making the customers’ international trips very seamless,” adds Rodriguez, who oversees the operations of the company and makes sure that all their clients are happy. 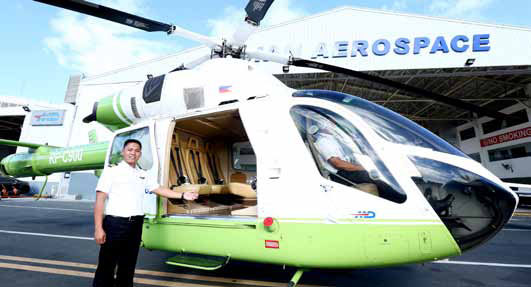 Asian Aerospace is also the service centre for Gulfstream Jets, Pilatus Aircraft, Viking Twin Otter, and MD Helicopters. Various aircrafts from all over Asia fly to its 10-hectare maintenance facility in Clark, which serves other types of aircrafts as well.

“Jet owners having difficulty parking their jets in capital cities of Manila, Hong Kong, and Singapore, hangar their jets with Asian Aerospace in Clark and Cebu. Asian Aerospace is growing its service centre in Clark to accommodate more aircraft from Manila and from all over Asia,” reveals Rodriguez.

With its impressive facilities and services, Asian Aerospace continues to fly high as it maintains its status a leader in the local business aviation industry. 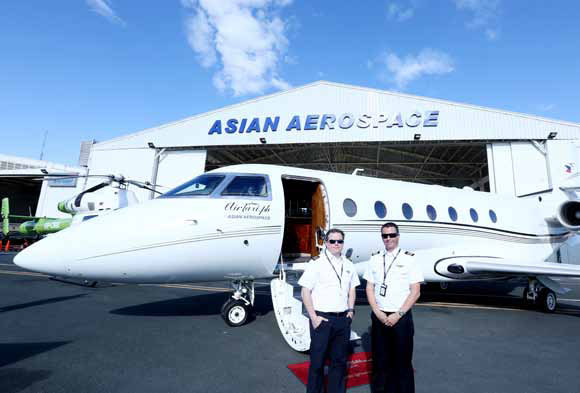 The National Aeronautics and Space Administration (NASA) science aircraft P-3B has started flying over Philippine skies to signal the start of the United States agency’s joint climate study with Filipino researchers led by the Manila Observatory (MO). NASA P-3B took off on August 25 from Clark, Pampanga as part of…

David Celdran shows us a day in the life of an AirTaxi Member by flying around Manila and Clark with AirTaxi’s MD Explorer Twin Engine Helicopter. Also, get introduced to the AirTaxi facilities and VIP lounges in both Manila and Clark Airports.

ANC’s Executive Class closes its Annual Christmas Wishlist for 2016 with the Pilatus PC-12NG: a favorite for both pilots and VIPs alike. It’s the best VIP aircraft suited for archipelagos like the Philippines.